The same folks that brought me my beloved Revolution delivered a solid Italian option in the American Tobacco Campus, L’Uva Enoteca (map).

Tucked in an alcove near Saladelia and the ATC log flume is the futuristic patio. Favoring a modern style, it’s fairly small inside, but doesn’t feel crowded.

Often I order the daily variation on lamb bolognese. It comes with whatever homemade pasta of the day is available and is so flavorful. I’ve also ordered a spinach salad with pear, fig vinaigrette, and chicken. It was perfect. A little sweet, a little tart, fresh and healthy! 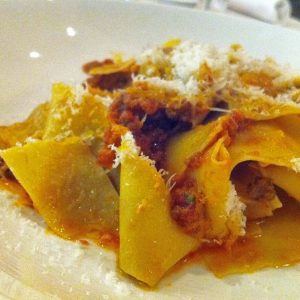 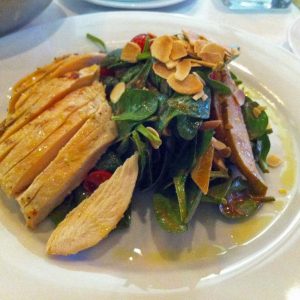 In fact aside from a few jitters the first week, I haven’t been unimpressed by anything I’ve ordered here. The menu differs from day to day.

Greg Cox from the News and Observer also has kind words to say about L’Uva: Each Week a Savory Temptation. 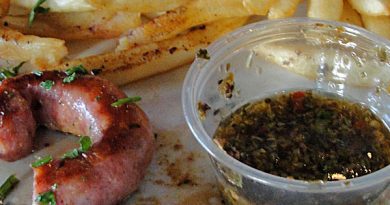