Situated next to Cheesecake Factory and Belk, the Red Monkey Tavern is kind of like a steampunk bar which has been taken over by glowing red evil monkeys. The description sounds much more dramatic than it is, however the lighting definitely follows the red theme. The bar has two unconnected sections, one upstairs and then also a downstairs area which is open-air to the mall.

Red Monkey serves gastropub-type fare, which is increasingly common. So far, based on the food we tried, they live up to the genre, definitely beating out the previous mall options like Ruby Tuesday. Entrees range from $8-$25, with many sandwich options hovering around the $10 range. The owner you might also know from other restaurants such as Brasa Brazilian Steakhouse in Brier Creek.

Our complimentary nibbler basket came filled with a few of those popped Cocopop puffs we found at Antonio’s Gourmet Market, along with some garlic red pepper hummus, which was quite good. Even the lil guy enjoyed both the wheat puffs and the dip. 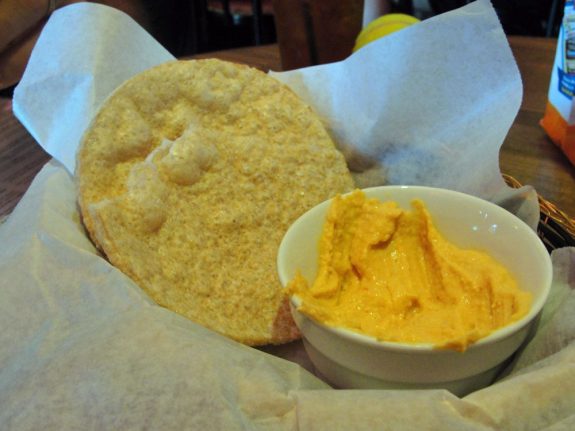 Hubs and I both decided to order salads. My Nutty Monkey salad included mixed greens, jicama, carrot, grilled chicken, chile-roasted peanuts, and a coconut peanut dressing. The dressing was a bit sweet but a great compliment to the spicy nuts. I enjoyed every bit of my salad. Hubs ordered their version of the Cobb salad, which is untraditional in that it includes grilled filet and shrimp, avocado, and a honey lime dressing. The salad, especially the tender filet, got raves but we felt for $16 the salad should have included more shrimp than three.

Devin really enjoyed his macaroni and cheese, which the server was kind enough to bring out first. It was quite tangy, and tasted like it either had very sharp cheddar or included a good amount of mustard in the ingredients. He loved it, as well as the waffle fries. You have to ask about the children’s menu because it is not listed on the regular menu. 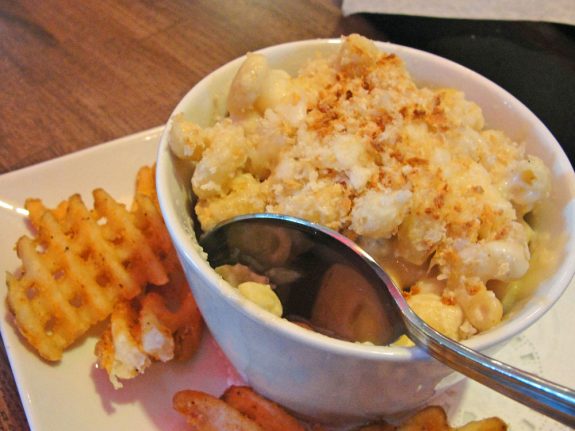 We’d love to come back and try some of the other menu options. 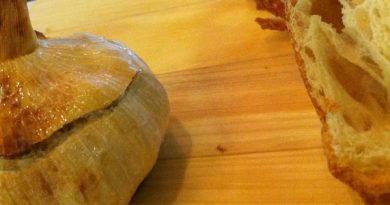