In a move that felt like an Alanis Morrisette-style twist of fate, I ended up heading out into the rain for a sample of the Farmhouse Foods sausage. I say that because earlier in the day my microcelebrity had spread – I was the famous pig-spotter of I-40.

My breaking tweet announced to the world what was causing that delay, in turn, capturing their imaginations. 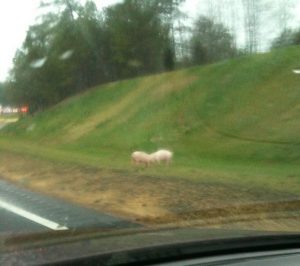 I went from admiring the scenic piggies jamming up traffic to suddenly craving a craft sausage sandwich. Thankfully, Farmhand Foods (@FarmhandFoods) had parked their truck in downtown Durham. Though it seemed that I was the only one braving the rain to go there today, I ended up purchasing their last Polish Sausage sandwich. The other options for today were bratwurst or a pimiento grilled cheese sandwich.

The famous bearded man (apparently from Jersey City) helped me out with my sandwich. 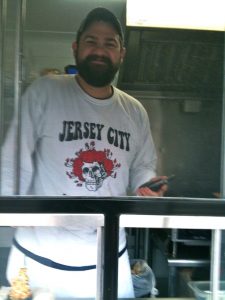 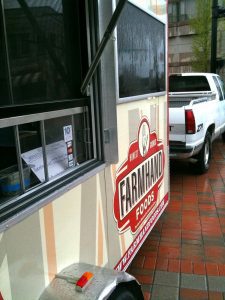 It was a great toasty item to warm me up from the weather – and also was an inspiration to someone who has previously disliked pimiento cheese. It’s another matter altogether when there are thick shreds of sharp cheddar cheese in it! 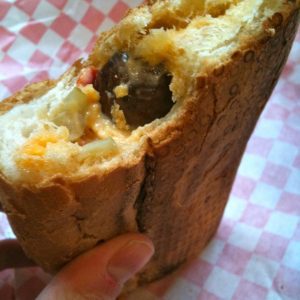 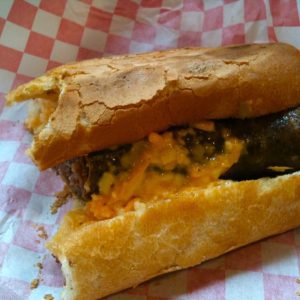 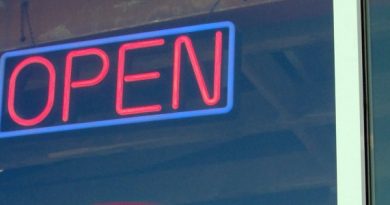 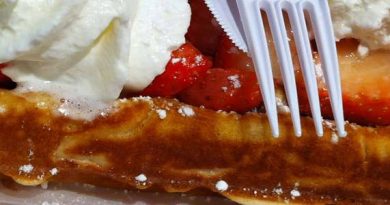 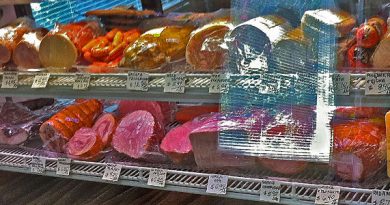