The Triangle is desperately in need of more Cuban or other Latin American food that is not Mexican. Unfortunately, Havana Grill is not it. I stopped by with some folks to try out Havana’s lunch when I was particularly jonesing for some good Cuban steak and rice and beans.

I am a tough customer because I have lived in South Florida and have tasted the most exquisite Cuban cuisine from Havana in West Palm Beach, FL. I’m talking citrusy, garlickey marinated steak, gently pressed garlic bread, freshly squeezed fruit juices. A tropical food coma. *sigh*

The restaurant is situated so you place your order at the counter, looking down at the side options in front of you, and then you pay and they bring the food out to you. 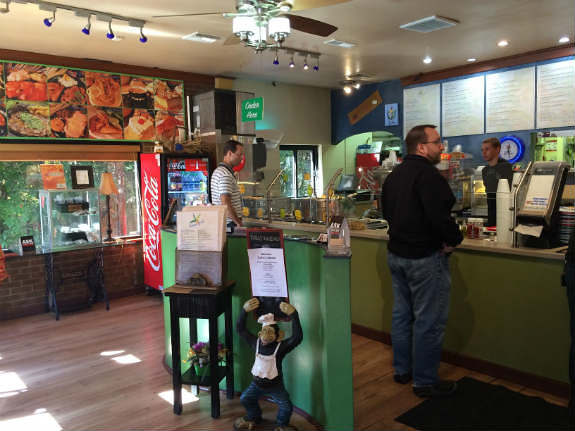 I got the palomilla steak, one of my favorite things to order, with a side of beany rice and fried plantains. About the only thing that was very edible was the plantains. The rice was hard and crusty. The steak was paper thin and hard and tough. And the onions and sauce on top were very vinegary. Not the light garlicky lime that I have been used to. It just tasted cheap and watered down. 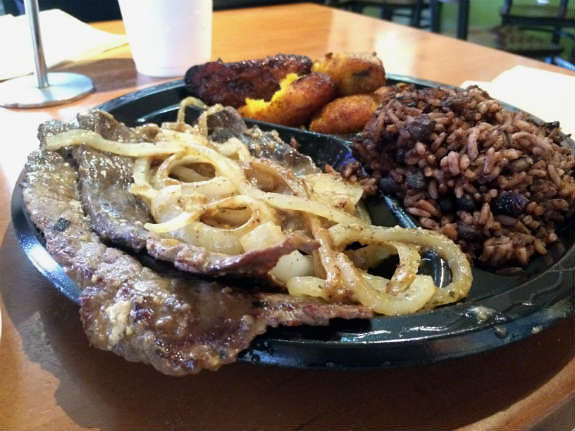 A friend ordered the chicken and rice, which he said was tasty but a little dry. 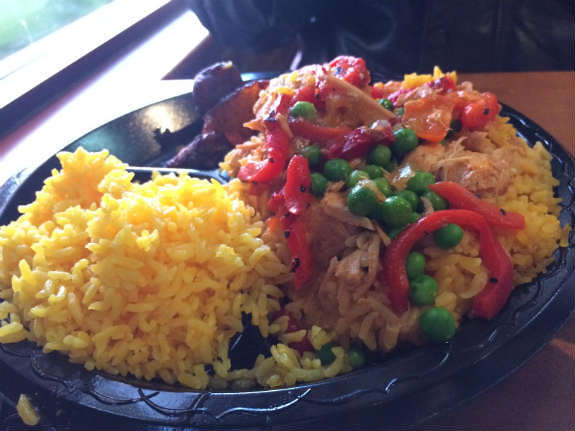 Another ordered the large Cuban sandwich. Which was indeed large, but pretty greasy. 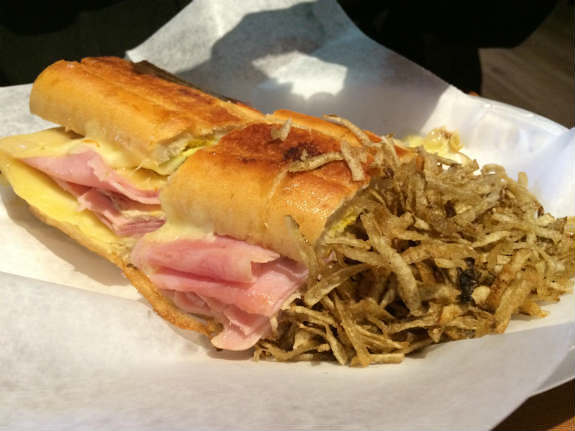 The restaurant has what looks like a nice patio outside to sit in. We sat inside because it was chilly that day. And the smell inside the restaurant was overwhelming. It reeked of a cheap deodorizer, and I don’t want to know what smell exactly that they were trying to cover up. So if you do go there, you may want to try sitting outside. However, if you want good Cuban food, my top recommendation for the Triangle is to go to Old Havana Sandwich Shop in Durham on Main Street. Or try Carmen’s Cuban Cafe in Morrisville, which I’ve enjoyed but I hear from others can sometimes be hit or miss. 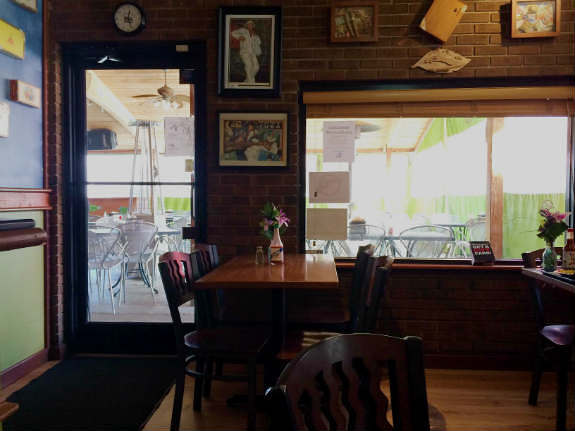