Feeling cocky after recent success at Los Comales, I decided take on another Spanish-language challenge. This time my travels brought me to Panaderia Pahuatlan, a bakery and tortilleria along my commute. The neon open sign had been beckoning me as I passed – I mean, don’t neon signs near pawn shops always beckon? 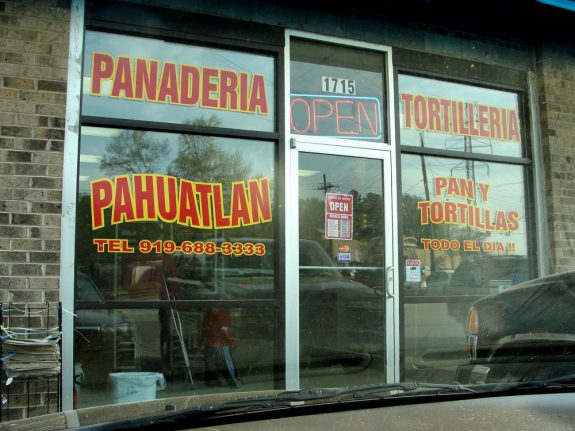 I stopped in and asked what they have for breakfast – you never know unless you ask, right? The woman didn’t appear to speak English and said, “Nine o’clock.. manager…” We both looked at each other confused.

I was determined.. the pastries were right in front of me, on racks, and she was starting to put them in cases. I couldn’t possibly leave empty-handed. I pointed to some pastries under a glass and asked, “Cuento cuestan?” She said, “No, es fantasy.” Which I eventually realized meant they were fake ones. She handed me a tray and some tongs and pointed at the rack of pastries and I started filling up my tray. I ended up buying a whole tray of assorted items for only $6.

I impressed even myself with this sweet tray of goodies, and brought them to the office. Unfortunately most of these items were dry and super-heavy. The little white snow-ball had a nice dusting of coconut on top but the bread and icing inside had hardly any flavor. The rolls that look like croissants were just more of the same heavy dry dough.

Despite my disappointment, I would like to return to see if the tortillas are better. The tortilla man was starting his work and gave me a friendly wave as I gingerly prodded at things with my tongs. 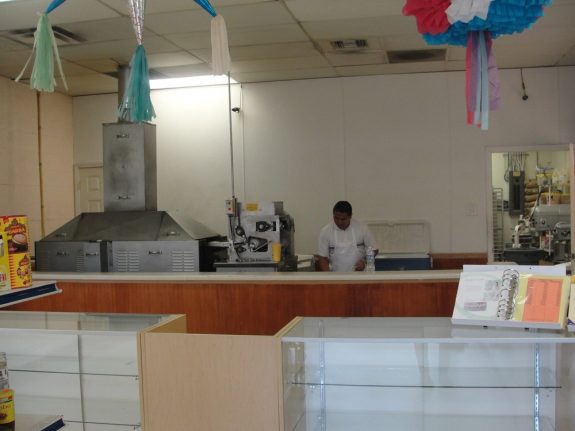 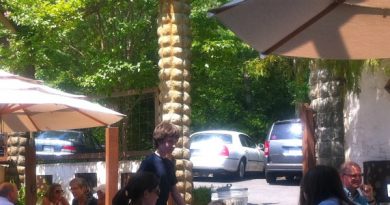 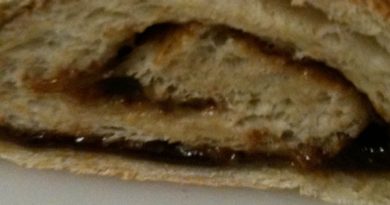