Peruvian chicken has become somewhat of a passion of mine (although my food passions are countless) since I have discovered Mami Nora’s. So to find a source of pollo closer to my current workplace was exciting. I took some unsuspecting colleagues for a taste of Bill-La’s Pollo a la Brasa hidden inside an Indian restaurant off Chatham Street in Cary.

We ordered a whole chicken and a few sides to accompany it and absorbed some Indian pop culture through the music videos playing on rotation in the dining room. It was definitely strange to walk into an Indian buffet restaurant and order Latin chicken. The chicken itself was good, spicier than I have had in the past for this type of chicken but not bad at all. The sides were pretty average; white rice, black beans, a simple salad. The corn on the cob was overcooked and soggy. The food here can’t compare to Mami Nora’s because it doesn’t have the charcoal flavor. But it would fit the bill for a quick cheap meal to share with family. They have a running special of $9.99 for a whole chicken with rice and beans. I’ve posted the menu below. 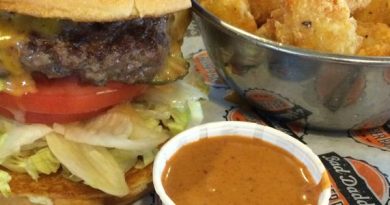 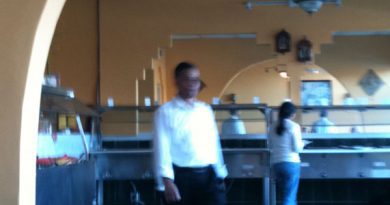 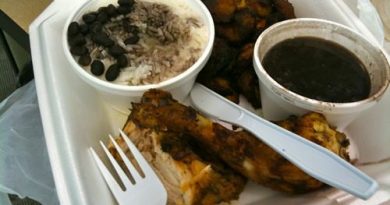 One thought on “Bill-La’s Pollo a la Brasa, Rotisserie Chicken in Cary, NC”