My revolving fling with asian food continues. I have problems with it because it contributes to my lil’ paunch. I can’t blame the hangover from these tasty afternoon delights on just Chinese food, though sushi is less guilt-inducing. After all, I’ve spent some really committed years with hibachi. My former colleagues can attest to the veracity with which I insisted on going at least once a week.

Nevertheless, I’ve been on the search for a hot piece on the side. Of kung pao chicken. Near work.

Super Wok in Cary has been recommended by the venerable Greg Cox, of the News and Observer, but my foodie friend Ron of Foodalicious FolliesÂ tipped me off – check out his review and pics here.

I’ve started off my meal a few times with the pork dumpling in chili oil. It’s not spicy like you’d think, just really yummy. I’ve never managed to take a picture of it before we’ve eaten half of them, though.

When going in for lunch, most of us end up choosing one of the bento boxes for $7. That would generally be a bad sign, to get a bento box at a Chinese place. But you can choose one of about 30 dishes that will come with a drink, salad, fruit, and a spring roll. It’s plenty of food and the dishes are all flavorful. I like the kung pao, it’s not heavy or breaded and has enough spice. The pictures I have aren’t very good. It’s because you can’t smell the amazing smells that were coming out of this kitchen.

On another occasion, I also ate a whole lot of the twice-cooked beef, which came with okra and fermented black beans. And fabulous slivers of garlic. 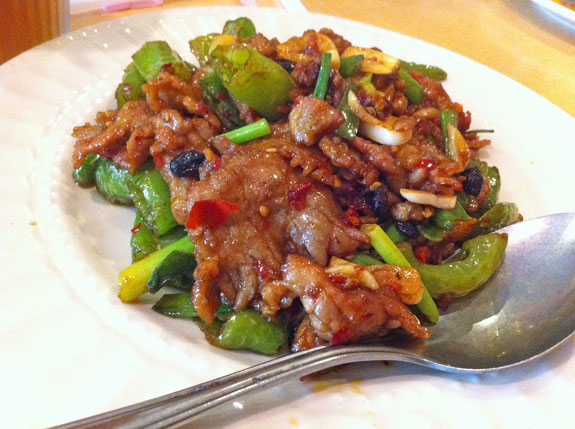 So this Super Wok obsession I’ve been having lately hasn’t been good for my figure. They don’t have brown rice, and I’m sure I am ordering things that aren’t the best idea for a dieting foodie. Even if it’s not specifically bad for me, the sheer quantity I’ve been consuming must be bad. But then why does it feel so right? 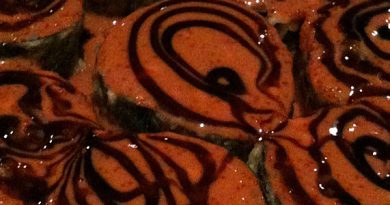 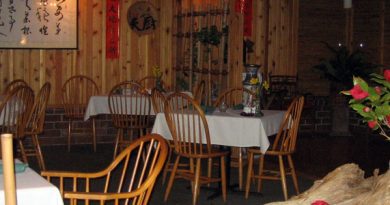 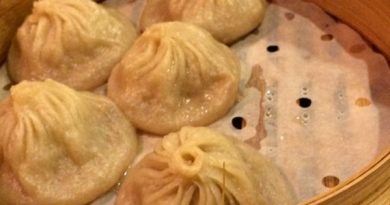