Some of the tw-eaters and I decided to hit up Relish, a new Bar and Grill on Creedmoor road for one of our famous Supper Club outings. They happen to be located directly next to Dos Taquitos, and apparently sometimes have outside music there.

The first thing that struck me about Relish was the atmosphere. It is hard to tell if they are trying to be a sports bar or a diner or a market â€“ they have a sort of dated country club feel, including a pink-flecked forest green carpet and touches of brass. The bar area is actually pretty nice and comfortable, with leather booths and chairs and a fireplace. The patio is nice as well, with a shaded area and a view of students taking breaks from the nearby realtor school. They also have a little area where you can buy jams and relishes, and then a standard dining room.

On the menu they have a selection of mac and cheese skillets, grilled cheeses, and some traditional southern comfort foods. Also salads and some interesting apps. I really enjoyed the deep friend black-eyed peas, which come with some red pepper dice, just cooked to be crispy and seasoned just right. Friends also enjoyed the fried pickles.

As for entrees, on one visit I had a refreshing shrimp salad with citrus dill dressing. It came in a nice deep bowl so it was plenty to fill me up. Iâ€™ve tried the standard macaroni and cheese and while it was ok, I didnâ€™t get the tang of sharp cheddar cheese that I hoped. I wasnâ€™t excited by it at all. Others in my party were also a little underwhelmed with the entrees. I was surprised that the best things in the menu aren’t contained within the grilled cheese or mac and cheese sections.

For dessert I couldnâ€™t resist ordering doughnut holes. It comes in a cute paper bag with chocolate and raspberry dipping sauce on the side. These were probably not a complex recipe but the deep fried little doughballs had me hooked. We simply had to order another batch before departing.

Relish has a lot of potential and an interesting menu. It has a great draft beer selection. But it seems that they need to focus a little more and decide what they want to be. Until then, we’ll keep going back and checking them out. 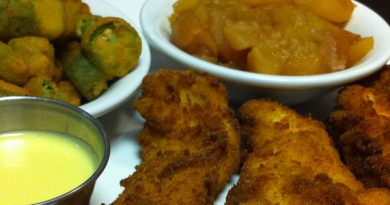 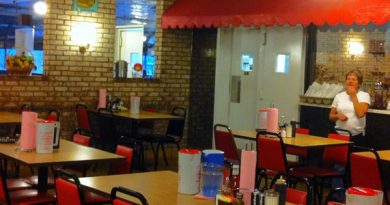 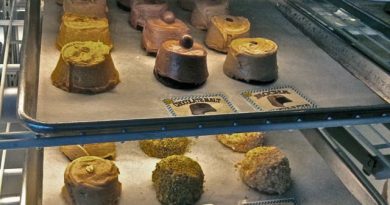 One thought on “Relish Cafe and Bar”