EDIT: Since my first review I have been back a few times and have to say this is a fantastic place for a cup of coffee. Also the waffles are out of this world. So yep I can be wrong.

Nestled in the new old European-style Lafayette Village, Jubala has a really neat design inside. It’s very modern, with polished concrete floors, and accents of lime green, balanced by a bar trimmed with rustic reclaimed wood. 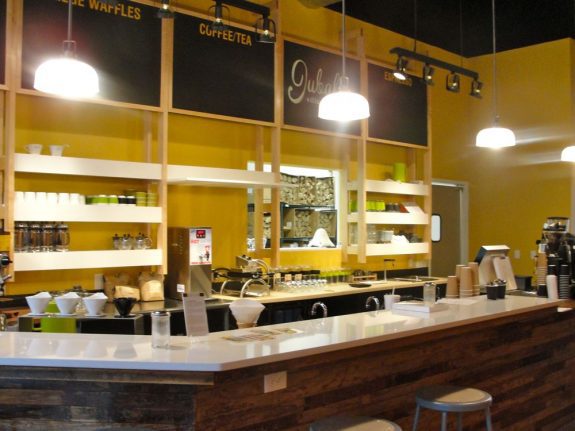 They only recently soft-opened and are still working on ironing a few things out. They are slowly rolling out the menu. At first they just had coffee, and then started selling these special waffles. So not everything on the website menu is available yet, but they plan to add some other food items in the future. Also be wary that they don’t yet have high chairs for the lil guys and gals.

But let’s talk about the coffee. They use Counter Culture Coffee, which is my favorite local roaster. That’s the same beans that Helios and Scratch also use, two other fabulous places to get some coffee. Jubala offers a pour over coffee or traditional espresso drinks, and I think also has pre-brewed. I’ve had the pour over twice, and while it is an interesting process to watch, the coffee has both times turned out too rich for my tastes. I didn’t find it bitter, but I did have to add much more cream than I normally do in order to make it to my liking. What I loved about the pour over is that you can get it in this little scientific-looking pitcher so that you really get two cups’ worth. It’s more fun for the times you plan to hang out for a while. Hubs ordered a pourover because I insisted he try it out, and he also was not a fan. On another visit I ordered a mocha, made with locally-produced Escazu chocolate. Unfortunately I couldn’t taste the chocolate in the mocha because it had solidified and fallen to the bottom. However this could be because I was preoccupied with the toddler and my waffle for a while until I could drink my mocha.

I have been back three times now and I have to say for sure that my favorite thing has been the leige waffle. I could definitely return for one at any time of the day. In fact, my son ate half of my waffle and I was quite upset that I hadn’t ordered two! The waffles come in a few different flavors, including cinnamon, chocolate chip and blueberry. Devin and I shared the cinnamon one, a yeast-raised waffle that is denser than what I have had before (in a good way!) It has perfectly crisp edges and a soft center. Then sprinkled and nestled within are some sugar crystals to give it a touch of sweetness. 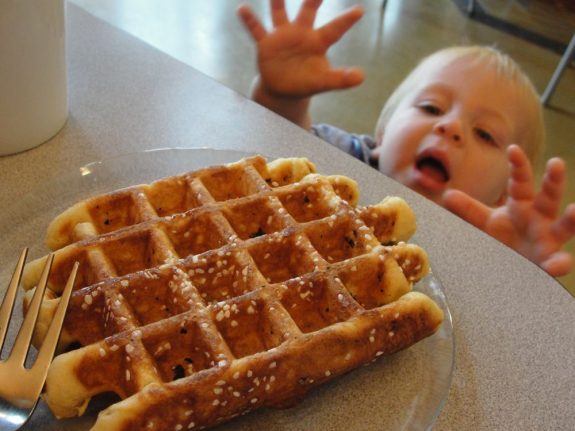 Jubala Coffee is definitely worth a visit if you are near Lafayette Village. The staff are very dedicated to the quality of the coffee and other ingredients. They are also particularly friendly. I’ll keep returning to see how things evolve. 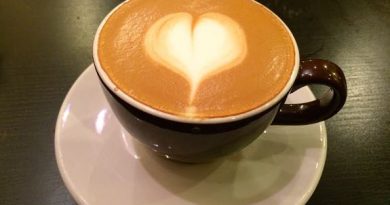